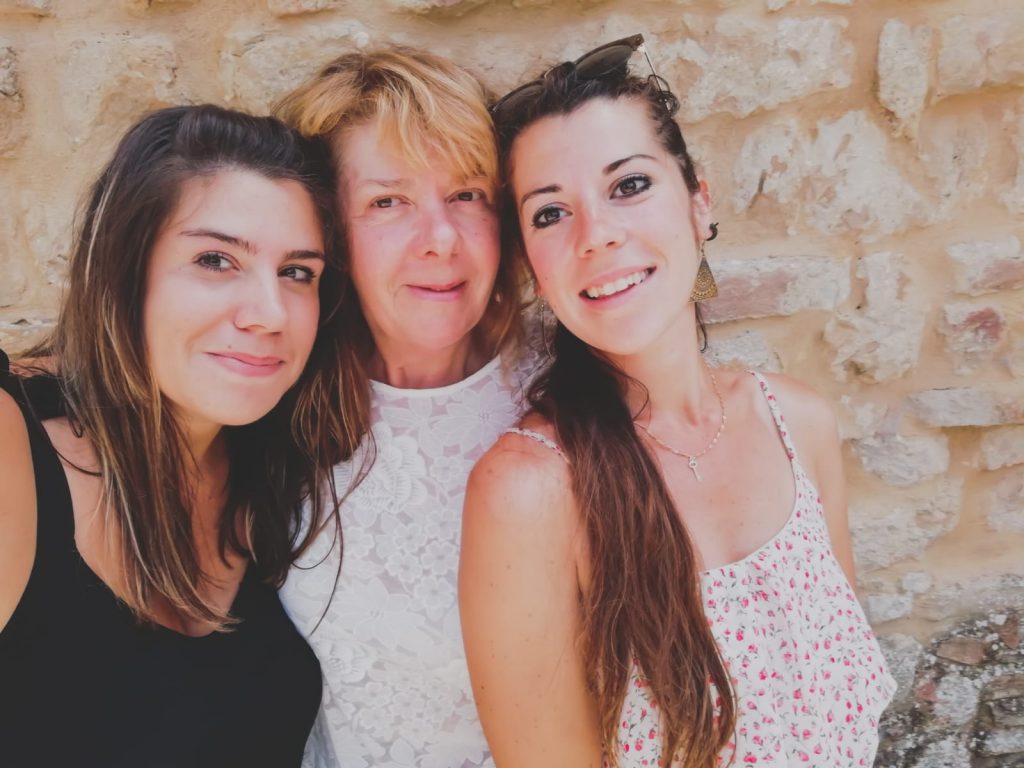 respect and love for the land

Laura, Margherita and Camilla: the present and the future of La Ripolina.

If agriculture is generally considered a job for men in La Ripolina, women are the backbone.
The “females” of the family lead it with tenacity and stubbornness, temperament and sweetness, in the indissoluble union that binds the land to hospitality.

The History of La Ripolina

Until the 1960s, the lands on which Ripolina extends were part of a large La Piana estate belonging to the noble Roman family Ceriana Maineri Lante della Rovere.

The brothers Enzo and Italo Cresti bought in 1966 “a piece” of that land of Piana which today has become La Ripolina. At first, in addition to the cultivation of cereals, pig breeding was also practiced, which was then abandoned.

Subsequently various hectares of vineyards were planted, mainly white: pinot, trebbiano and malvasia, grapes that produced a particularly appreciated wine. In fact, it is said that in past centuries the lands around the Pieve di Piana had supplied moscatello wine to the bishop’s table in Siena. 2 artificial lakes were built for the irrigation of crops which, like maize, required a lot of water that was lacking in these clayey soils in summer.

Upon Italo’s untimely death, Enzo found himself managing the company alone, a dream of both brothers. With the passing of the years and the coming of age of Italo’s 3 children, the hereditary division attributed this company to Enzo who carried it on together with his wife Nella and daughter Laura. In 1992 another era began, that of the agritourism. A period that allowed to recover one at a time all the real estate assets that over the years were going to ruin. Since 2012 La Ripolina has become an essentially cereal organic company. The vineyard, reduced to a few hectares, is cultivated with merlot and sangiovse. Over the years, the farm has grown in popularity, welcoming thousands of guests from all over the world. The management of the company is today entrusted to Laura and her daughters Margherita and Camilla who continue the work of Enzo and Nella with dedication and an innovative spirit. 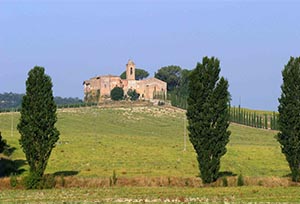 From the Middle Ages to today 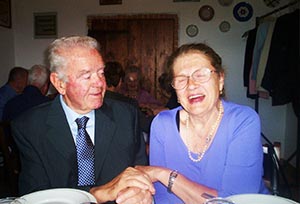 The beginning of a dream 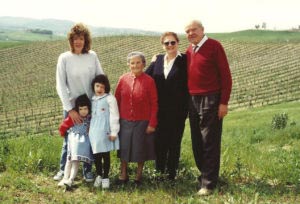 The Abbey of Santa Innocenza in Piana, or more simply the Pieve di Piana as it is called in the area, is located about 3 km away. from Buonconvento and, from the top of the hill where it was built, it dominates the valley of the river Stile.

Its history is lost in the mists of time and therefore a veil of mystery surrounds it.