The Abbey of Santa Innocenza in Piana, or more simply the Pieve di Piana as it is called in the area, is located about 3 km away. from Buonconvento and, from the top of the hill where it was built, dominates the valley of the river Stile.

Its history is lost in the mists of time and therefore a veil of mystery surrounds it. It is difficult to attribute a certain date to its construction, some historians, however, would even trace it back to the 7th – 8th centuries. At that time, in fact, there was a great need for the peasant populations to defend themselves from the assaults of the barbarians (this would explain the fortified structure of the building).

Since its establishment, the parish of ss. Innocenti, it was considered one of the richest in the diocese given the extent of its possessions and the amount of income. Its importance then grew over the years thanks also to the treasures brought by the various rectors, who often belonged to wealthy Sienese families. From 1282 the assets of the Pieve di Piana were united with those of the Bishopric and the Bishop of Siena also became Rector of the population of the Val d’Arbia.

In 1398, by decision of the Republic of Siena, the Pieve di Piana was further fortified, as a point of defense against possible attacks by the Florentine troops, which had penetrated the Sienese territory the previous year. The Republic, which at that time did not have sufficient money to buy the building, delegated the purchase to the hospital, which then also took on the burden of the fortification works.

After the renovation, the place had become so safe and welcoming that Pope Paul III, on 7 July 1533, decided to stay there returning from Nice where he had met Charles V of Spain and Francis I of France.

After being freed from the bishopric of Siena in 1599, the Pieve di Piana returned, after a few centuries, to being independent; in exchange for this autonomy, it was established that the parish would provide the Bishop’s Table with a certain amount of “Moscatello”, demonstrating the excellent quality of the wine produced in the area.
The perpetual vicars who succeeded each other in the regency of the Pieve from 1600 onwards contributed to the enrichment of the church with Baroque paintings, altars and stuccoes.

With the fall of the Republic of Siena and the transition to the Medici Grand Duchy, the Pieve lost its importance and its history went hand in hand with the vicissitudes of the resident population, mostly peasants. After the period of great prosperity, the parish managed with the donations of the community, however very modest. Despite this, in 1889 the bell tower was erected, the three bells hoisted and the cemetery restored.

In 1933, due to the various cracks opened along the nave, the restoration of the building was imposed. At the beginning of the work, valuable frescoes came to light. This discovery led the Superintendency of Monuments of Siena to tear down the seventeenth-century Baroque altars and remove the black and white striped plaster that “made the church look like a mortuary”.

The church restored to its primitive simplicity, it was excavated under the main altar and, having found the materials that made up the ancient altar, it was reconstructed.
With the gradual depopulation of the countryside, the Pieve di Piana ceased to have a leading role in the life of the people of the Val d’Arbia, and in 1963 the parish was also transferred to Seravalle, currently it is under the jurisdiction of the parish priest of Buonconvento.

Following long years of total abandonment, the church was sacked several times of its furnishings and furnishings and suffered constant decay. Only about fifteen years ago, and after a partial restoration, has it returned to being a cult destination. Most of its ancient “recovered” treasures are kept in the museum of sacred art in Buonconvento.

Today it is part of the La Ripolina Agrturismo transformed into comfortable apartments. The still consecrated church is used for weddings and other celebrations. 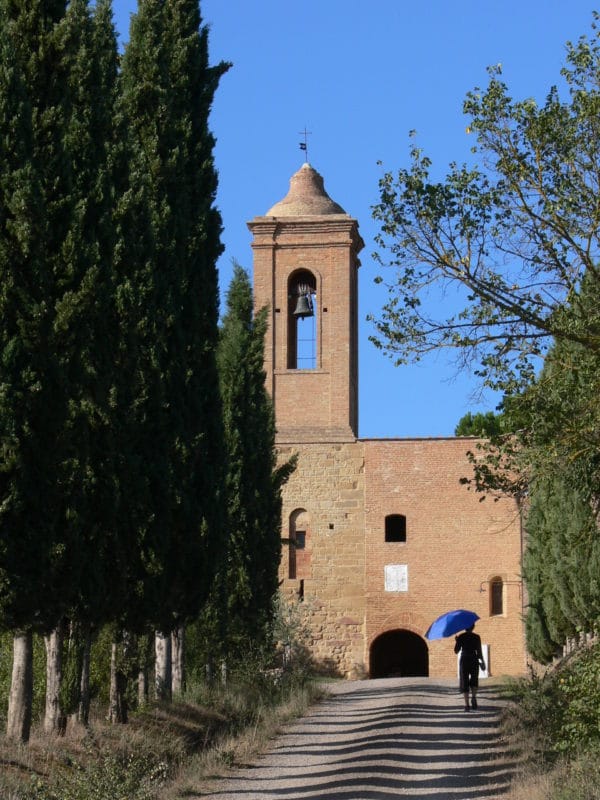